Posted by plussizemodel on Jul 17, 2011 in Uncategorized | 0 comments

I don’t know why I had a dream about him and his daughter well over 2 or 3 months ago, but I did. He was my college homie turned boyfriend. PAUSE ~ No seriously we were only friends and nothing more for years and then one day we went for drinks and something clicked. It was on and poppin’ after that. That is of course until it ended. He couldn’t handle ME and grad school. Like I’ve said before, sometimes pressure busts pipes and sometimes it makes diamonds. I have a history of floods and busted pipes! PLAY ~ Although it had been almost five years since we spoke the part of me that loved his daughter so much decided to send an email (to an address that may not have been valid after all these years) and see how they were doing. He responded immediately, “Send a number to call.” I did and he called right away. We laughed and caught up. He just had a baby and is now married…to the reason he couldn’t handle me and grad school! Ha! Go figure. Anyway, during the conversation he admitted, “I love you, PSM. I really do. I miss you and I wish there were some way we could have dinner or drinks.” I appreciated the honesty. We hung up, he sent pics of the kids and that was that. I promise, I never thought about him again except when I told my girls at one of our outings, “Guess who I spoke to?!”

About a week ago I received an email from him time stamped 5:39 AM. “I thought about you this morning… hope you’re good.” Okay. No biggie. I wrote back. We had a quick light email exchange that afternoon in which he admitted, “I miss your convo and laughter, but life goes on.” And that was that. I didn’t even respond. Approximately 4 days later… “I know you thought of me all weekend. Its okay, it’s natural.” PAUSE ~ He had to be joking! REALLY? I could not stop laughing. After our first date he sent me a similar email and then he was right. This time, not so much. I responded, “After our first date that was true and very funny. Today, it’s just very funny.” PLAY ~ Come on?! Is he serious? Now I won’t get ahead of myself and suggest that he was throwing out feelers to see where this could go. But what do you think?!?

The audacity of men never takes me by surprise. Did he think that I was going to bite that bait and be reeled in? Dude, you’re married! And we are such old news! While I was devastated and disappointed years ago, it’s been along time. You’ve worn off. Kind of like stubbing my toe on the bed. At first it hurts like hell, the unexpected pain brings tears to my eyes and I am furious at myself for not being more careful. Then I realize some stuff just happens and the why doesn’t matter. I may limp for a while. Eventually, I walk it off and then a year later it has no relevance.

Don’t get me wrong, he was really cool when we were friends. I don’t quite recall being happy with who either of us became by the end of our relationship. And quite frankly, the way he went out was corny to me. I learned more about the man he was and I was sadden to learn of some of those character traits. I viewed him differently and the newly exposed him cause me to have less appreciation for the man with whom I had built a great friendship. And so, no I never missed him after that and no, homie, I really didn’t think of you. 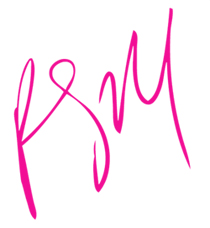 Take a Walk with Me